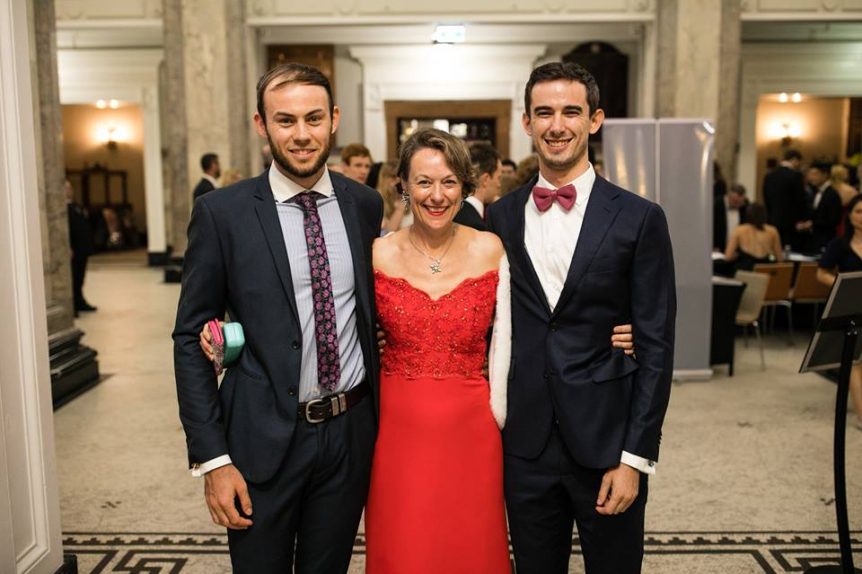 Until I had kids, everything I did was about challenging myself to be the best I could be, pushing the boundaries of the possible, and ignoring “No”.

When I did badly in a physics course in high school, my teacher told my parents I would never succeed in science. Undeterred, indeed encouraged by the red rag, I studied hard, and – after many highs and lows – I eventually found myself holding a PhD in Particle Physics from the University of Oxford. Pushing the boundaries of understanding how we came to be.

Later, as the Global Head of Open Innovation at Cadbury, I presented an idea for a new type of ingredient to an executive panel, only to be told that it would never work. Six months later, I returned with the same idea but presented it differently and the company entered a multi-year multi-million dollar deal to develop it.

In another life – as a cancer researcher – I was told that my idea of imaging collagen in breast tissue to diagnose cancer would fail. I did it anyway and now pathologists are using the technique and the fellow who said it couldn’t be done now states that I was five years ahead of the game. Through a great deal of hard work and resilience, I hold eight patents in cancer diagnosis and confectionery.

Put simply, I lived life like I had something to prove. I wanted to tell the world that - not only could I achieve anything I set my mind to, but that every woman could do the same. Though to be honest, the main reason I did it was to have as much of an impact as I could – interestingly something that many women in science would say is why they chose science!

Then I had children, and I was besotted.

I’d always imagined myself as a woman who would not let my career suffer as a result of motherhood. Someone who would seamlessly juggle the demands of a screaming child while also managing senior executives in a boardroom. Someone who would hold a baby in one arm and a microphone in the other.

But suddenly all I wanted to do was spend time with my children. I wanted to give them the best start in life, regardless of how that might affect my career.

This year’s theme for International Women’s Day is #BalanceforBetter, and it’s a theme that resonates with me strongly on many levels. 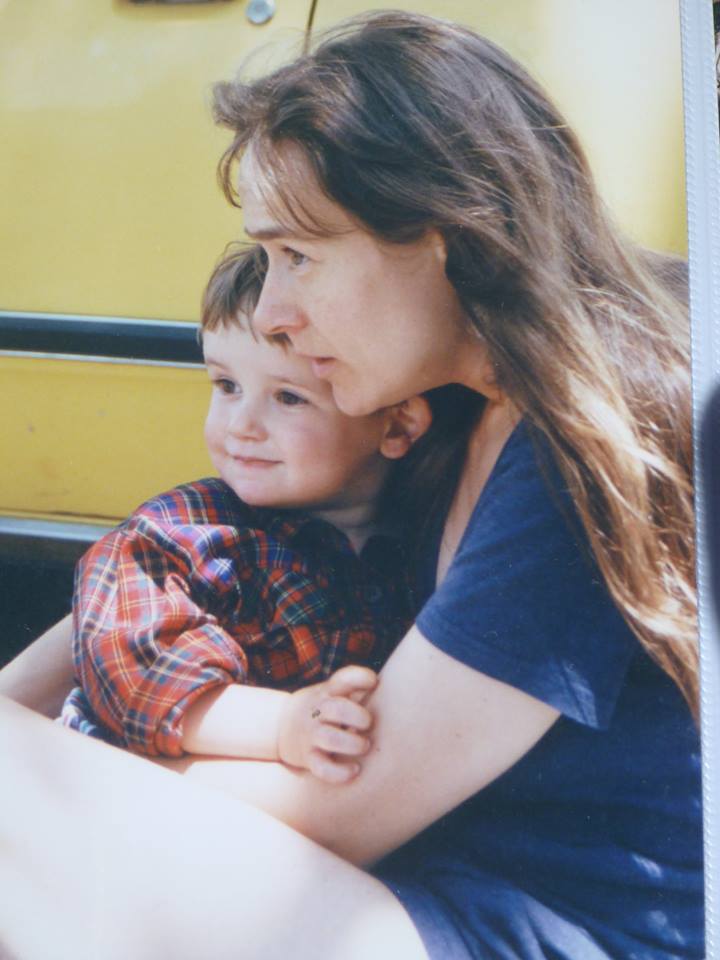 When I first became a mother, my love for my sons overtook my commitment to work, and I chose to take a career break and stay at home as a full-time mum for seven years, until both of my sons had started school.

By no means am I suggesting this is the path everyone should take – when I returned to the workforce, many aspects of working life had evolved, and it took me a while to regain my confidence and arguably never quite made it as far as I would have liked.

Strategically, it is probably better to maintain a presence in the workforce rather than checking out completely. However, balance means something different to everyone, and for me splitting myself between two roles was not what I wanted as I don’t like to do things by halves. I am energised by being fully engaged in the task at hand, and at that time, it meant committing myself to being the best mum I could be.

On a societal level, it is so important to create space for diverse representation, and having that kind of balance has enormous benefits. I have had firsthand experience in male-dominated fields, including STEM academia and the innovation and entrepreneurship spaces, and firmly believe that getting more women involved in these fields brings a different perspective and creates better outcomes.

Women have different life experiences to men, meaning they bring different perspectives and ideas to the table. An entrepreneur will come up with ideas based on the gaps they see, and women see different gaps and different needs to men, so they come up with ideas men wouldn’t have thought of. The statistics show it too – companies with more diverse leadership perform better financially, and businesses founded by women deliver more than twice as much in revenues per dollar invested than those founded by men.

Finding balance is not always easy. Nowadays, I am helped enormously by having a supportive partner, which allows me to have a high level of dedication to my role as DFAT’s Chief Scientist and Chief Innovation Officer.

In my day-to-day, I find balance by keeping my weekends for me, even when I am working long hours during the week. This helps me to avoid burning out whilst still feeling satisfied that I am doing my best at work. I also spend a lot of time in nature, which I find to be a real soul rejuvenator. I especially love horse-riding, and I try to get out for a ride every Saturday. Having these practices helps me stay happy and healthy and means I perform better in my role. 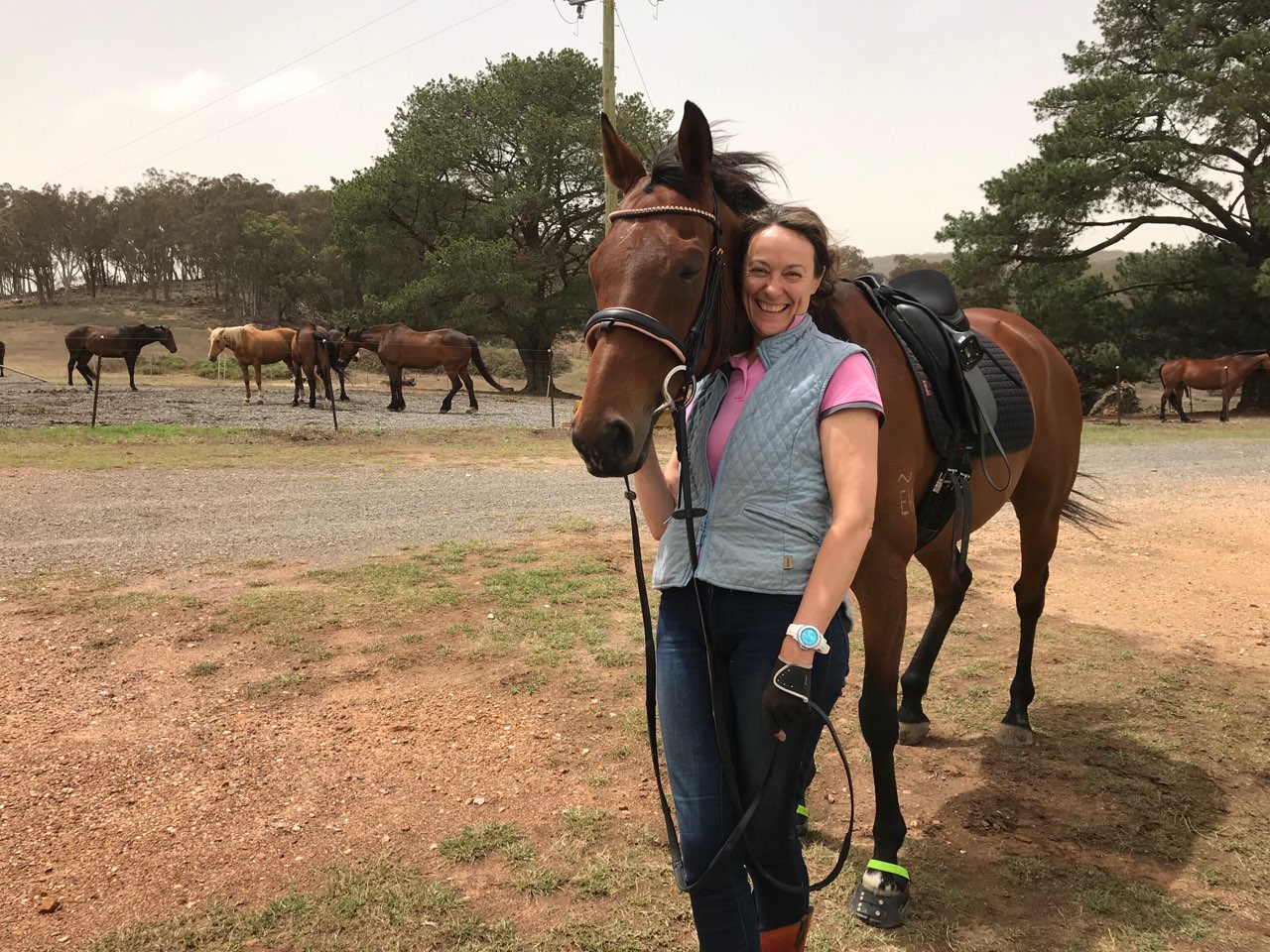 This International Women’s Day, take a moment to consider what balance means to you. Is it saying “no” a little more often (and not feeling guilty about it)? Is it spending more time with your family? Is it switching off your work emails on the weekends?

Whatever it is, remember that being your best self comes in all shapes and sizes – as a mother, a friend, a partner and as a co-worker. Looking after yourself will improve the lives of everyone around you. 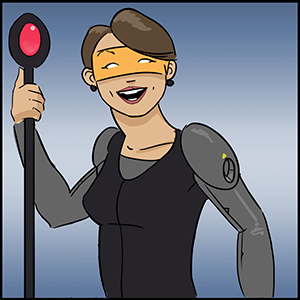 Dr. Sarah Pearson is the Chief Scientist and Chief Innovation Officer at the Department of Foreign Affairs and Trade.