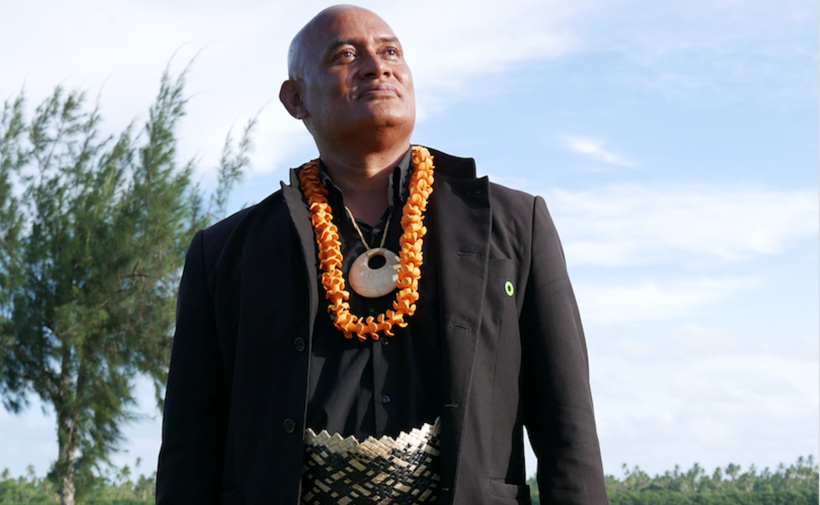 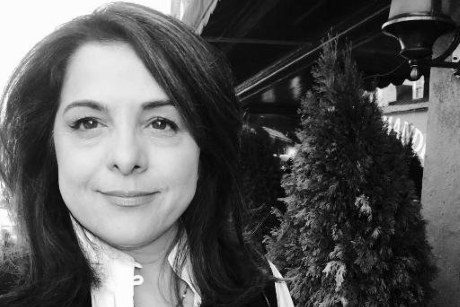 While visiting Nuku’alofa this month together with storytelling technologist Ben Kreimer and Tongan Storyteller Joanna Bourke, we caught up with legendary artist Uili Lousi. Lousi is renown around the world for his intricate Tongan patterns depicting the ancient art of Fata-’o-Tu’i-Tonga. His work is self-taught and inspired by sacred geometry and movement.

Lousi shares his thoughts on our innovation project coming to select Tongan schools next year. Supported by the Department of Foreign Affairs and Trade’s innovationXchange (iXc), LAUNCH Legends innovator Wil Monte’s Our Secret Island, is a game-based learning platform that will engage young children in healthy eating and traditional foods through fun gameplay, music and culture.

The incidence of Non-Communicable Diseases (NCDs) in the Pacific islands region has reached crisis levels. Approximately 40% of the regional population of 9.7 million has been diagnosed with a NCD, with 40–60% of total health-care expenditure going towards treating preventable NCDs such as diabetes, hypertension and cardiovascular disease. In addition, many young children in the region face significant issues with malnutrition. For example, one in four boys and one in five girls in Tonga are obese.

These health and budget impacts are a result of a number of factors, including the glamorisation of imported and processed foods and the subsequent downgrading of traditional foods and food cultivation practices. Our Secret Island aims to trial an innovative education program in Tonga to inspire the development of more nutritious eating habits in the Pacific and re-inspire pride in traditional diets.

“It is a great honor for me to be in country while LAUNCH Food visits our Kingdom of Tonga.

There are great honors and great scholars before me, and I stand on their shoulders. Our ancestors brought the space where we are, and there are hidden wisdoms in our land. I truly believe we have fundamental, incredible food in our kingdom, which will help nutrition globally. But let’s start with our kingdom first – with our youth and also with the next generation.

I truly believe that what you are doing with LAUNCH Food, the world will look at what Tonga has. And I say that with confidence because of the science behind it. The location where we are in the Kingdom of Tonga is one with the best sunshine you can ever have, the best soil you can ever have, and the best rainfall you can ever have, throughout the whole year. So that’s where the nutritional value of the food that you put in the ground comes from.

I believe in endless possibilities, and I’m not too sure if it’s because I’m Tongan, or because I’m so stubborn. I believe there is hope, and that’s what drives me. But that hope, it equally equates to the people that come in your path, and that’s why I’m able to take this opportunity with humility, to be part of it, and to know the fact that it’s much needed and a way for LAUNCH Food to come to Tonga, and what a great people to be part of it… To implement in Tonga as a model for the Pacific – I’m so happy, delighted, at the same time. And I totally believe with raising the awareness, raising the vitality and the intelligent of our food, people will start to quest for it.

I welcome anybody to come to Tonga-it’s a space that time does not exist. In Tonga there’s a word goes around the world: Tongan Time. When you’re here in Tonga, you can see our people – they may consciously know that or they may not consciously know that, but because of the energy of the space, allowing that to take place, some may say because we believe in a highest god, but I also believe at the same time it’s to do with the energy of the space as well.”

This story is part of a year-long series of interviews featuring voices from the South Pacific. The content was slightly edited for clarity.

The idea for LAUNCH Legends emerged from a Virtual Reality/Augmented Reality (VR/AR) Hack held in Canberra, Australia in October 2016. Co-hosted by LAUNCH and DFAT iXc, the hack brought together some of the best and brightest minds, including Wil Monte of Millipede, to rethink systemic obstacles to global food quality and access. More than 40 food and nutrition experts, virtual and augmented reality practitioners, and marketers joined in conversations around how to leverage emerging storytelling tools to address this complex international development challenge. The creative and thought-provoking ideas that emerged from the groups can be found on LAUNCH’s open-source wiki. A second innovator, Tash Tan, will be implementing his immersive storytelling project, Beyond the Stars, in Fiji next year This blog post is a version of an article originally posted on the Huffington Post. A link to the original article can be found here.

Davar Ardalan is Director of Storytelling and Engagement at SecondMuse where she leads global projects around food and nutrition, circular economy, open data and ocean health. Ardalan is also the co-chair of the global VRAR Associations Stories and Audiences Committee.

Prior to SecondMuse, Ardalan was an award-winning Senior Producer and Social Media Strategist at NPR News where she spent two decades as a journalist.

She has been recognized with a Gracie Award from the American Women in Radio and Television, two NABJ Awards, and a shout-out in the popular comic strip Zippy.

Ardalan is also the recipient of an Ellis Island Medal of Honor for individual achievement and for promoting cultural unity.