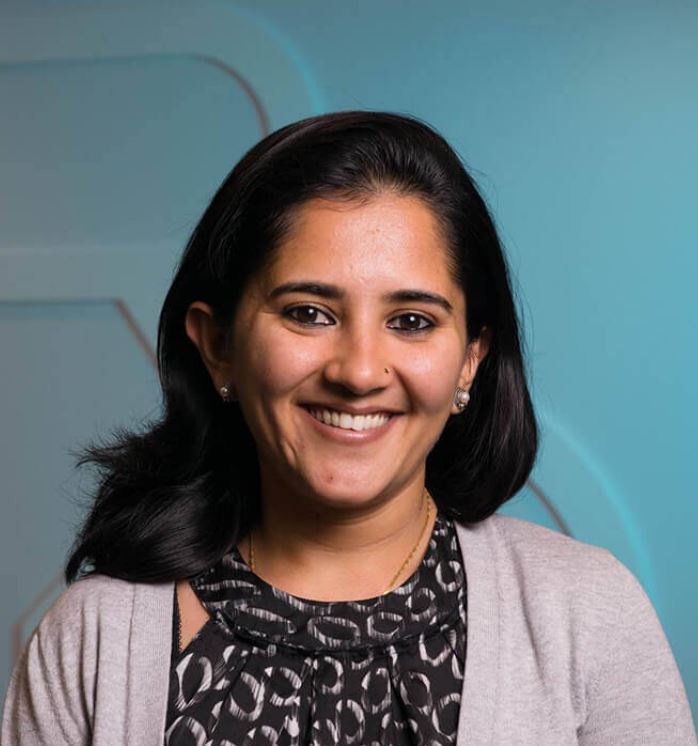 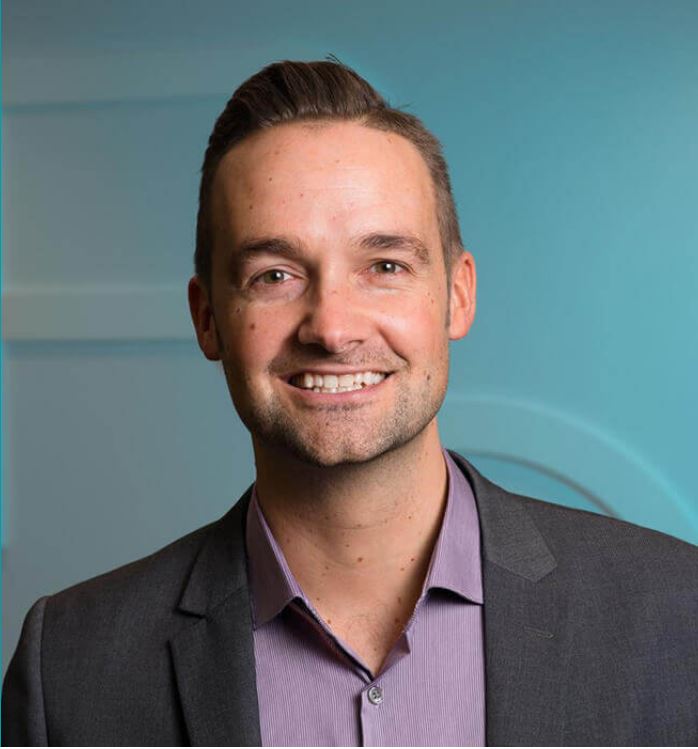 Editor's note: Results for Development is one of the innovationXchange's key learning partners. In this blog, they share insights from their experiences evaluating the design and implementation of LAUNCH Food, part of the LAUNCH family of challenges that has sourced and supported over 100 innovators in multiple areas over the last 10 years. The blog was originally published on the Results for Development website.

Improving nutrition remains one of the greatest challenges of our time. Globally, 1 in 3 people are currently malnourished — a number that is expected to increase to 1 in 2 by 2030 — and the consequences of these trends are profound. Research has shown that poor nutrition results in low educational attainment, poor health and lower labor productivity thereby impacting the human capital needed for economies to grow. While some progress has been made in recent decades in understanding the causes of poor nutrition, it remains an area of human development in desperate need of innovation if we are to make any meaningful impact.

Enter LAUNCH Food — a global innovation program implemented by SecondMuse with support from the innovationXchange team within Australia’s Department of Foreign Affairs and Trade (DFAT) and USAID’s U.S. Global Development Lab. LAUNCH Food aims to source and accelerate world-class innovators with the potential to facilitate change both in improving consumer diets and transforming their national / regional food systems more broadly.

Over the course of its 12-month program, LAUNCH Food received 280 applications from innovators in 74 countries, with 11 ultimately selected to participate in a series of facilitated interactions and an accelerator with the LAUNCH network of experts, industry leaders and government partners to help develop, finance and diffuse their innovations in the hope of catalyzing change within their larger food systems. There were many significant achievements along this journey, which we encourage you to read about in SecondMuse’s official LAUNCH Food Report. 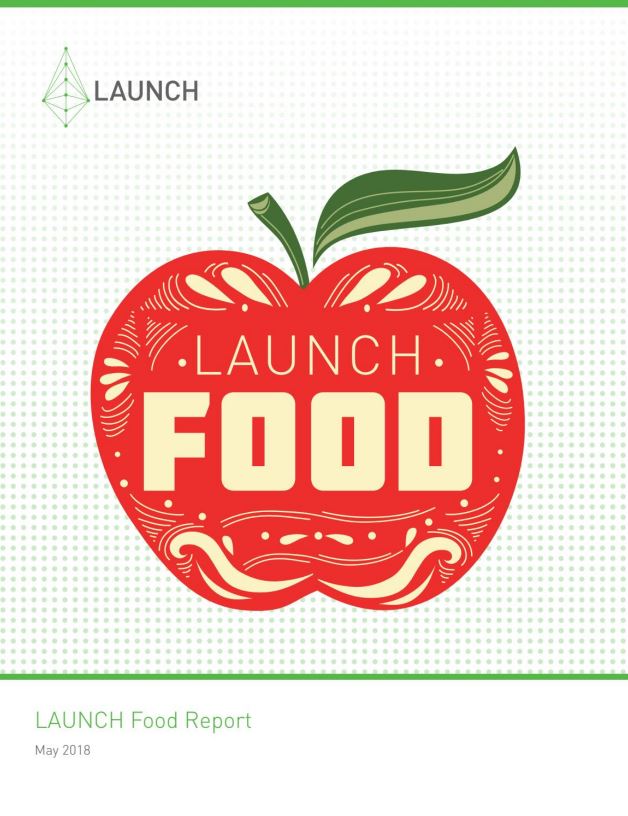 This blog shares some of the key insights from LAUNCH Food that emerged through R4D’s role as a learning partner for the program. Throughout 2017 we leveraged the skills of a cross-sectoral team from our innovation, adaptive learning and nutrition practices to conduct a variety of quantitative and qualitative data collection, which we then analysed and discussed with SecondMuse and the LAUNCH Food funders at regular “learning check” sessions to allow for real-time tweaking of the program.

In this blog, we present four key insights from our work that proved to be especially influential for LAUNCH Food and which we hope may be helpful to others in the process of designing innovation accelerators like these.

1. When putting out a call for innovations, consider the pros and cons of seeking geographic and thematic diversity vs. targeting a particular country or ecosystem of actors.

Determining the appropriate level of specificity for any challenge in which innovative ideas are competitively sourced always necessitates negotiating trade-offs. For example, global calls with very broad parameters can sometimes work against attracting applications by disincentivising some innovators who fear a much smaller probability of being selected. Even if a wide variety of applicants and innovations have been sourced, this will typically increase the difficulty of judging the relative merits of innovations addressing diverse issues, which in turn increases the likelihood of ending up with a set of innovators who have little geographical overlap and therefore lower potential for collective impact within local or regional food systems.

On the other hand, adopting an intentionally inclusive approach (as LAUNCH Food did) and inviting applications from any innovators working toward the broad goals of “increasing affordable and accessible supply of nutritious food” and/or “improving healthy eating habits” appeared to work for them in terms of greatly expanding their pool of applicants, and also providing a useful contribution towards landscaping the global trends within nutrition innovations.

The challenges mentioned above around selection and collective geographical impact did emerge as expected, but it was a trade-off that the LAUNCH Food team were comfortable with in the context of this particular program.

2. When selecting innovators for acceleration, think about the influence their stages of development can have on the overall cohesion and experience of the cohort.

LAUNCH Food specifically recruited a diverse but complementary set of innovators across the innovation cycle. Our analysis showed that this had several positive implications, particularly for early-stage innovators who reported the value of being able to learn directly from others at a later stage, as well as some who found valuable synergies and opportunities for collaboration with their peers at a similar level of development.

However, this diversity also presented some challenges. For instance, while early-stage innovators were looking for coaching and mentoring around issues such as research, evaluation and intellectual property rights, later-stage innovators were more interested in connecting with impact investors and experts with deeper knowledge of the markets where they were trying to scale.

Catering to these different needs quickly became very time- and resource-intensive for LAUNCH Food, but through the regular learning checks with R4D the team were able to recognise and mitigate this problem by introducing a process to cluster sub-groups of innovators in ways more aligned with their needs. One result of this adaptive process was the introduction of working groups that allowed similar staged companies from within and outside the LAUNCH Food cohort to come together and share lessons learned, get advice, and collaborate.

3. Accelerating innovations is only one component among many other longer-term efforts that are required to change a system.

Systems change in any context is a difficult and ambitious goal, especially when applied to nutrition, where the politics of food markets and patterns of behaviour among consumers are often deeply entrenched. Very few innovations alone succeed in disrupting an entire system, and even when multiple innovations work in concert together it can take years for their incremental impacts to emerge.

Many stakeholders participating in LAUNCH Food (including both the innovators and members of the global network of experts mobilised to support them) were therefore skeptical around the extent to which the 12-month program could generate meaningful impact at the systems-level positioned within the vision of LAUNCH Food. The systems focus was admirable and inspirational in creating awareness and discussion around the need for significant and sustainable change in food systems. However, it also revealed the significant additional time and resources that were unavailable to the program that were required for activities specifically targeting the food systems in question, as opposed to only its individual innovators.

Yet if the program did fall short on the road to tangible systems change, it was clear from our analysis that LAUNCH Food did make positive strides in its core function as an accelerator, improving the capacity of its innovators in various ways that — in concert with others — may contribute to influence systems change further down the track. For example, innovators remarked upon the highly significant and fundamental changes in their thinking and creativity that arose from being part of the accelerator, which they viewed as having given them a critical “step up the ladder” that in turn led to greater credibility and interest from new stakeholders.

They also reported expanded connectivity with other global partners and, in a number of cases, increased capital from investors. The challenge that LAUNCH Food faced was in understanding how to connect these incremental benefits achieved at the level of the innovator to the more systemic changes they wanted these to influence — which R4D’s experience of systems change suggests is a much larger, longer-term endeavour.

4. When measuring the impact of the acceleration program, iterative adaptive approaches that surface problems and pivot points along the way are more effective learning tools than traditional methods focused on capturing post-program outputs and outcomes.

Initially, a traditional ex-post impact evaluation approach was proposed for LAUNCH Food, in which the key questions would likely have focused around the number of people living a more nutritious life because of innovations accelerated through LAUNCH Food. However, the LAUNCH partners (along with R4D) felt that this approach was misaligned for two key reasons:

First, like many accelerators, LAUNCH Food functions as an enabler for successful downstream effects rather than a direct creator of development impact, and early-stage innovations (of which there were many in the LAUNCH Food portfolio) are rarely impactful at a broad scale in the short term, almost by definition.

Equally important for the LAUNCH partners was to use the opportunity to capture, integrate and test real-time learning into the program as it was being implemented. 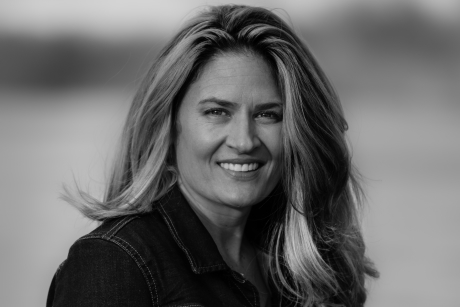 “The symbiotic relationship between groups like R4D and LAUNCH is to ensure that stakeholders from the public, private, and nonprofit sectors benefit from the potential of systems change. As with any game changing innovation and discovery, trailblazing into complex territory comes with constant learnings and adjustments. We’re grateful for R4D’s evaluation and guidance, which have set LAUNCH up for a bright future, and have highlighted insights for a community committed to using innovation for impact.”

Nutrition innovation is a difficult but important endeavour. We are proud that the adaptive learning approach that R4D brought to LAUNCH Food enabled continuous data collection and regular Learning Checks with key stakeholders to share findings, refine the program’s theory of change and co-create design and implementation refinements along the way. A final workshop convening all the LAUNCH Food partners was enormously productive and enabled us to collectively translate the full array of program insights into a series of tweaks and pivots to its design and strategy, and we are excited to see where the evolving LAUNCH Food model goes next.